It was a beautiful sunny weekend; We decided to drive to Lindau on our motorboat. Lindau is a major town and an island on the eastern side of Lake Constance, bordered by Austria and Switzerland.

We reached Lindau at noon. We decided not to dock the boat at the main harbor (which is usually occupied by the bigger boats) and instead chose the side harbor to moor. (Docking costs around €11 per night, which also includes WC/ Bath).

After a couple of sandwiches and a salad at the local diner, we wandered around the harbor, enjoying the picturesque views of the mountains, lake, magnificent ships and boats on one side and restaurants and shops bustling with people on the other. 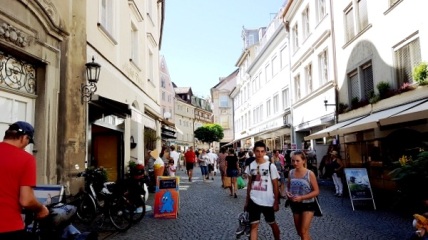 The entrance to the harbor is very popular and beautiful. It is guarded by a majestic statue of a Bavarian Lion (Bayerische Löwe) and the new lighthouse (Neue Leuchtturm).The six-meter high, statue of the lion (completed in 1856) overlooking the lake is the work of a Munich Professor, Johann Halbig. It is made of sandstone and weighs about 50 tons.

The new lighthouse is 36 meters high and measures a base circumference of 24 meters. It is one of the few buildings of its kind that has a clock on the facade. 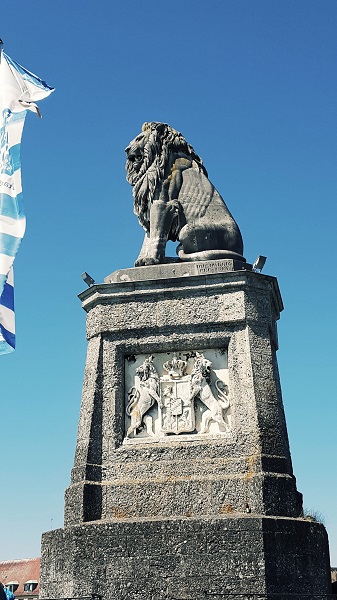 You can enjoy the views from the lighthouse’s observation deck at the top after climbing about 139 steps. The inner walls of the tower are decorated with amusing anecdotes and detailed information about Lindau and Lake Constance. The lighthouse is open to public depending on the weather and demand. (Admission costs € 2.10 for adults, € 0.80 for children). 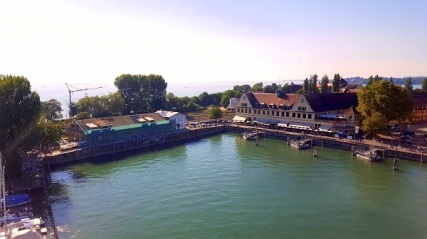 I highly recommend approaching Lindau using Water transport, even if it means taking a short ferry trip for this purpose! The vistas, I’m sure, will take your breath away. 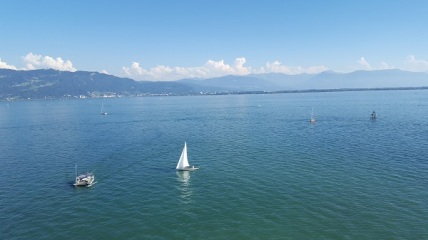 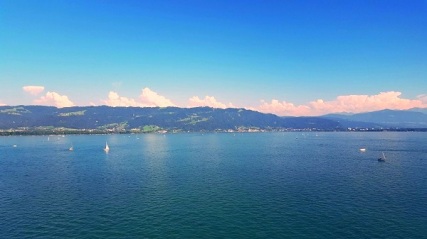 The beautiful streets of Lindau invite even the least athletic visitor to explore on foot. Lindau’s market square is lined by a series of sturdy and attractive old buildings. You’ll see many shops housed in buildings built in the 15th and 16th century.

The Old Town Hall (Altes Rathaus) is one of the most beautiful buildings in Lindau. This historic building took around 14 years to build and was completed in 1436. It is in Gothic style and is covered in murals on the façade. One of them depicts the time Emperor Maximilian I, held a deliberation here in 1496. 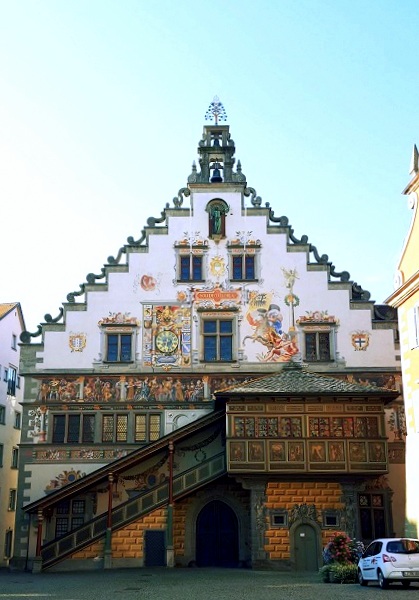 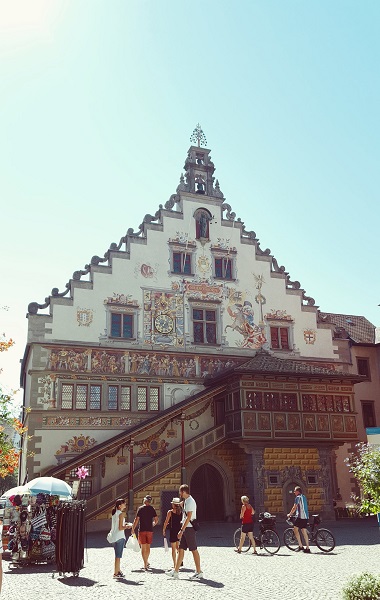 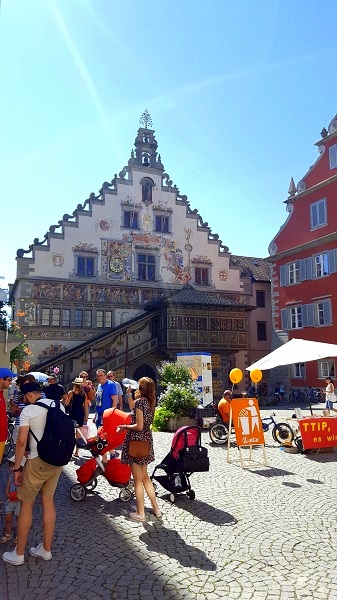 The city library (Ehemals Reichsstädtische Bibliothek, ERB) is truly magnificent. It stores around 13,000 books that hold within its thick, leather book covers, adventurous travel stories, philosophical observations, detailed analysis of ailments and other stories of bygone generations. I was totally in awe of this library. Unfortunately, we couldn’t take any pictures inside. 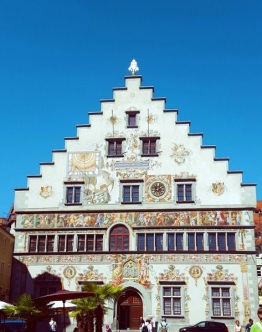 The island of Lindau is connected to the mainland via a small bridge accessible to cars, bikes and pedestrians. There is also a train which travels from the mainland to the island. We strolled to the mainland while enjoying the surroundings and ended the evening on our boat, relishing a delicious Pizza from a local Kebab shop..

Next day, we had a lovely breakfast at a Hotel/ Restaurant called Hotel Bayerischer Hof. Our Breakfast included Omlette with onions and herbs, sauteed mushrooms on the side and bread with homemade butter. Every bite tasted heavenly! Ah! What an amazing way to spend a weekend!