On the 1st of August in the year 1291, three men from three of the 26 cantons (member states of the Swiss Confederation) in Switzerland, namely Uri, Schwyz and Unterwalden, came together and swore eternal allegiance to one another, promising mutual help and assistance. This oath ceremony, which denoted the birth of Switzerland, took place in a small meadow called Ruetli. To mark this occasion, Switzerland has celebrated its birthday with a National holiday on the 1st of August, since 1891. Every year, on this special Day, Swiss President and other members of the council visit Ruetli and give speeches. (Ruetli is accessible only by boat or on foot; there is no way one can drive to this place). 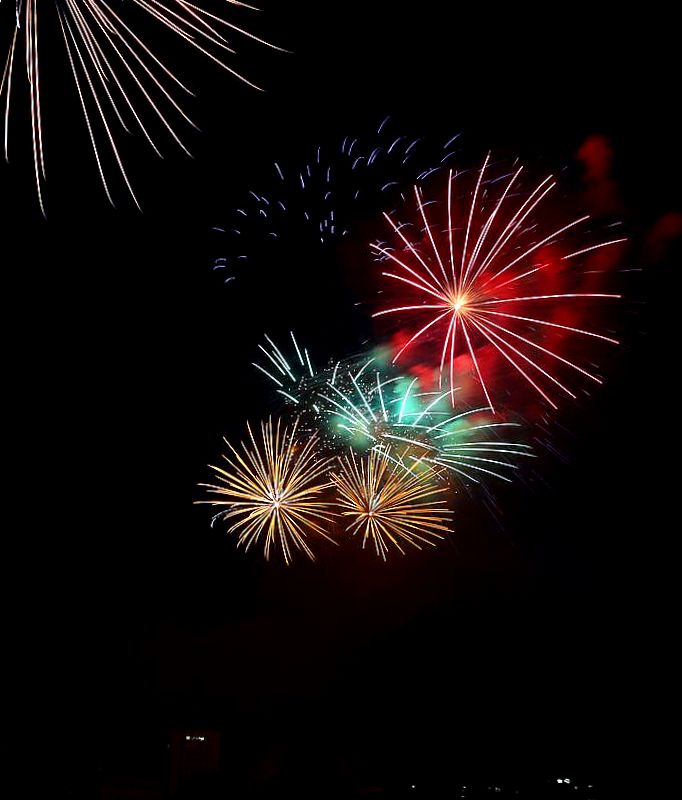 Celebrations take place in most of the cities in Switzerland. However, a special kind of celebration takes place at the Rhine Falls near Schaffhausen. Since mid-nineteenth century, the waterfall has been illuminated on special occasions. But in the year 1966 and thereafter, it has been lit exclusively on Swiss National Day. A magnificent fireworks display attracts throngs of visitors to this place. 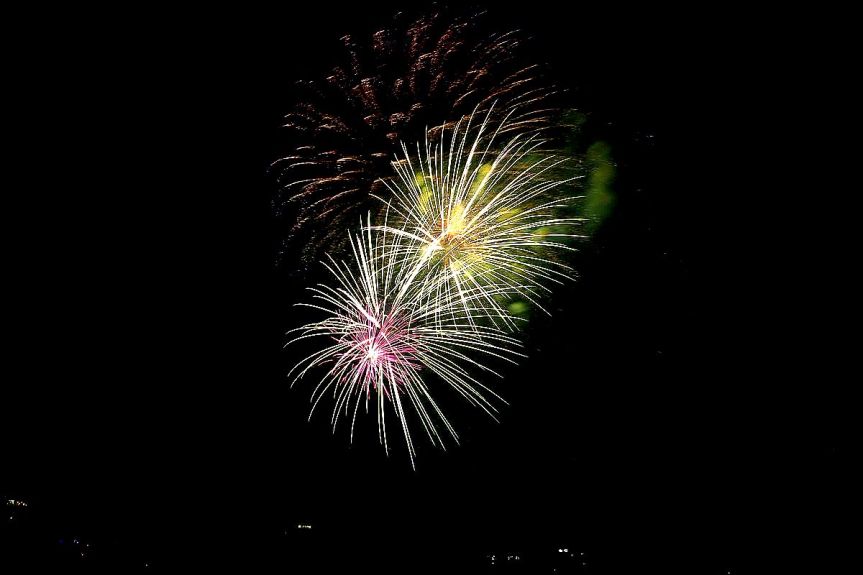 Unfortunately I missed the National Day celebrations in my first year. So I was too happy to be witnessing the fireworks this time at the Rhine falls. The best part was it was happening very close to home (We live close to the Falls).

Before leaving home, I made sure Mike was carrying his Canon EOS 70D camera to capture the fireworks display. Mike’s college-mate Mirjam, who is a great photographer, and her boyfriend Marco agreed to join us for the occasion. When we arrived, I was very surprised to see the crowd. It was totally packed! Mike and Mirjam began setting up and positioning their cameras on the tripod, while discussing the different techniques to be used to capture the pictures. 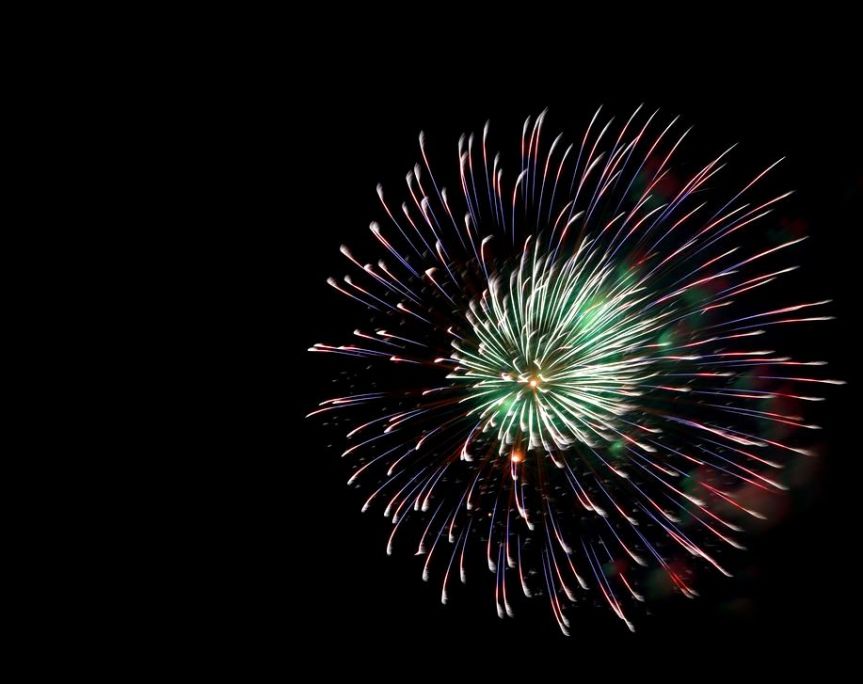 We learnt so much from her..

Watching the display, I felt too dazzled, like a child. 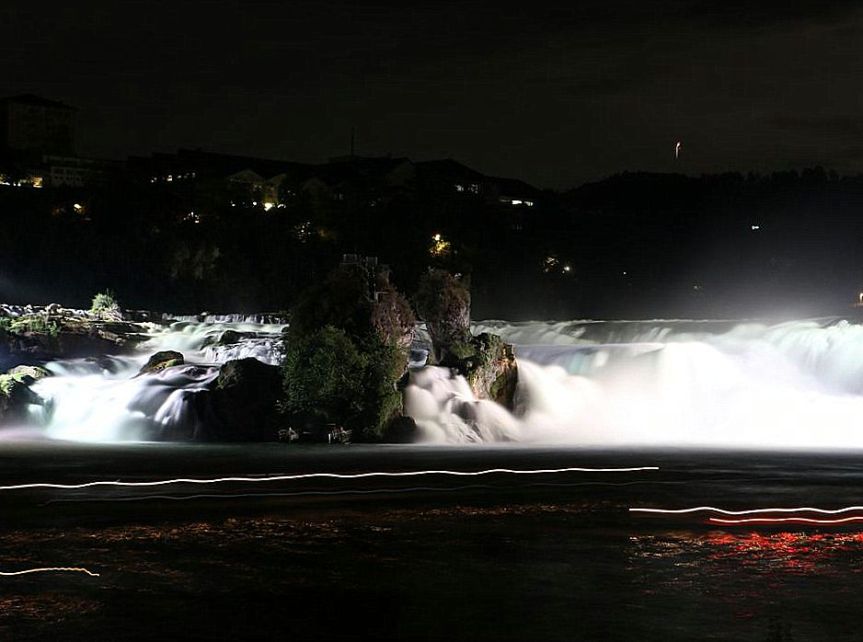 Thanks to Mirjam, Mike not only captured the spectacular display of fireworks, but also the sparkling Rhine falls and the brightly-lit castle, Schloss Laufen, located over the Rhine falls, to share with you all… 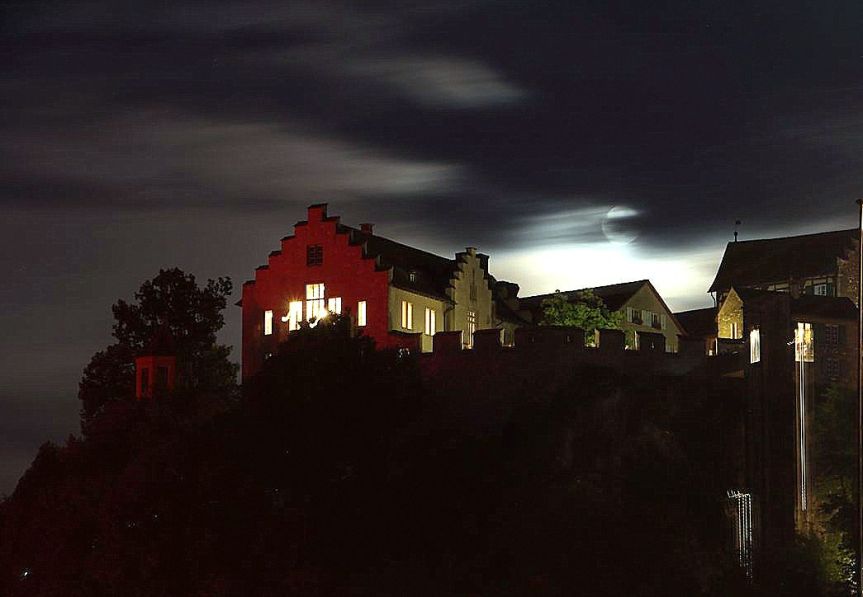 (To learn more about the history of Switzerland and its National Day, you can visit this website or read this book.)