Last year I participated in Ali Edwards’ “Week in the life” project and had fun documenting the small and big things that happened during a particular week. I’m hoping to take part in it once again this year. On a smaller scale I will be recording a day in our lives every month, in pictures and a bit of journaling. Another fun way of honoring the everyday moments.

I’m a morning person. I love to be up before the Sun, get a bit of reading and writing done before the kids wake up. But lately I have been waking up late, thanks to this Blogathon. In order to have a post up before the clock strikes 12 at night, I’ve been working after the kids go to sleep.

So I woke up late yesterday. Along with the kids. It was nice in a way… I snuggled, talked and played with them before we, reluctantly, got off the bed.

Ever since Prasad bought the new carpet at the Exhibition, the kids have been wanting to sit, play and jump upon it all the time. 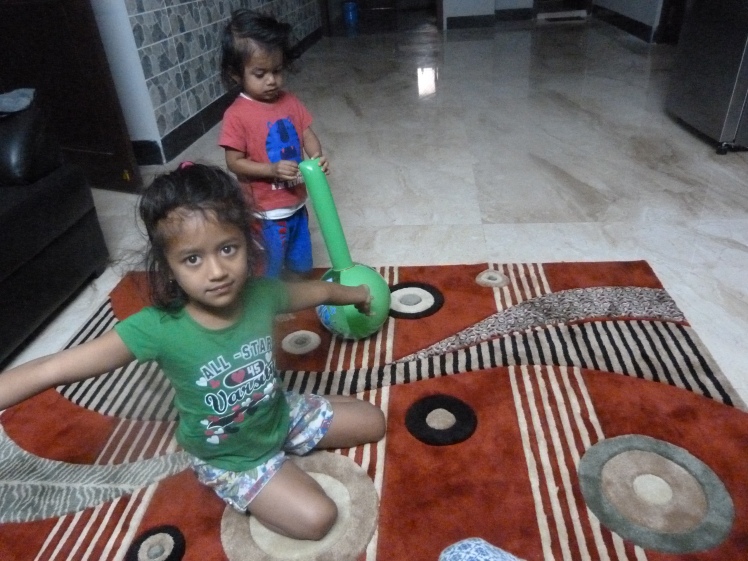 I’m not very fond of carpets, especially when there are kids around. Spills and stains drive me crazy and I don’t rest until I get rid of them. So you can imagine what I’ve been doing most of the time when we are home!

By the way, does the carpet even go with the rest of the stuff in our living room? It will take me a while to get used to it. Until then Prasad has to bear (in silence!) my complaints against it, AND HIM!

It was a beautiful morning with just a hint of cold. The warm weather in the midst of an unusually cold season kept us outside most of the day. The kids played together with their bubble- guns for a while. 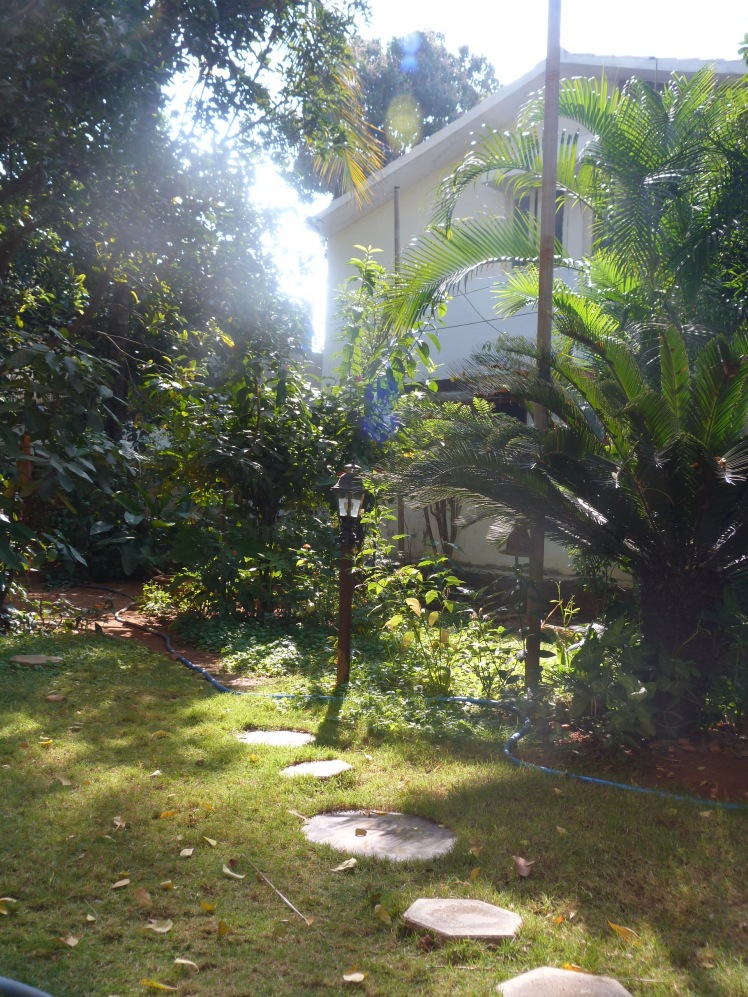 And then Madhav resorted to his usual game of digging mud while Medha played “dress-up” (Hobo?) 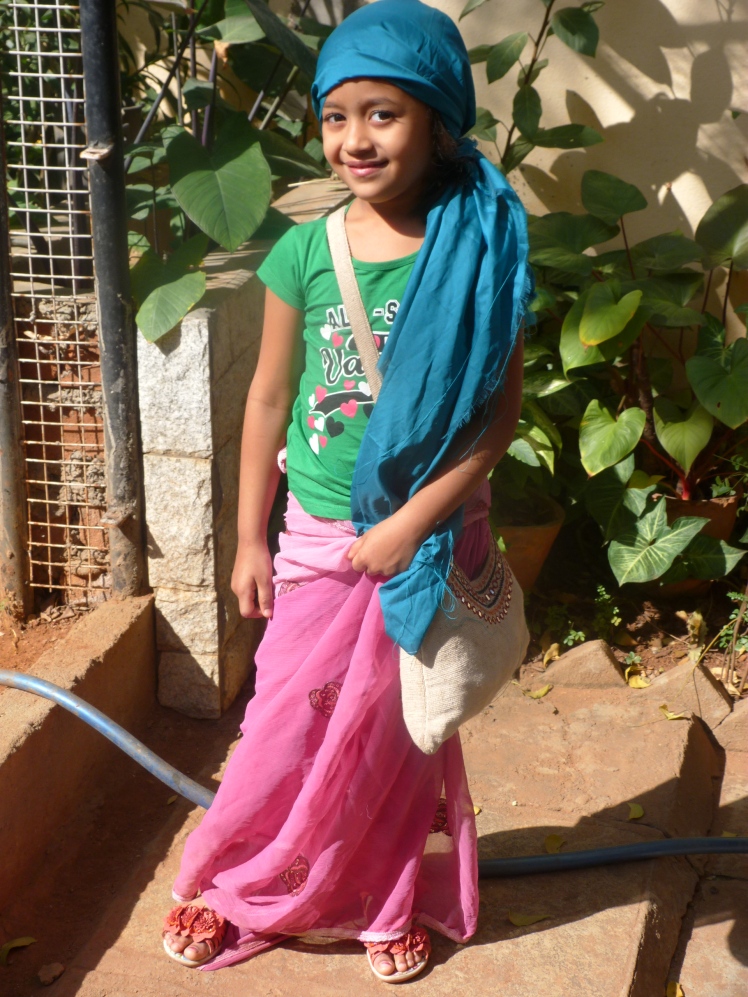 For breakfast we ate Chapathis with my favorite Muthia Bhaji which my mother-in-law is an expert at preparing. I love the variety of textures offered by the ingredients that go into the dish like deep-fried Methi balls, potatoes, beans and eggplants. Don’t worry, I will learn that recipe from her and post it soon.

Later, I taught a couple of kids from our neighborhood along with Medha, a bit of Maths and a lot of English.

Then we attended a New Year’s Party organized by our community members.

There was a lot of Dance with a bit of Drama thrown in. The kids and I had a gala time listening to some of our favorite dance numbers and swaying to the music.

This one was about Inter-caste marriages in India.

Kuchipudi dance by this young girl enthralled us.

Medha was happy to meet her friends.

She told me she loved the “tuition” dance by her buddy! (Probably “fusion”, who knows! But she felt shy as she mentioned this to me!)

And before long, Madhav began looking around for the nearest EXIT!

We reached home at 10:30 pm, which means I worked late into the night on my post ONCE AGAIN!!!

2 thoughts on “Day in the life”