As a kid summers meant vacationing at my grandparents’ house, spending endless hours playing “house house” or making mud-pies in their huge backyard. Summers also meant eating traditional South-Indian meals prepared by my grandma and gorging on fruits like Mango and Jack-fruit. On sunny afternoons in the US, I longed to be back in India, in Kundapur, inside the cool interiors of my grandparents’ house, with the ladies of my family and the fruity aroma of a Jackfruit pervading the whole house. 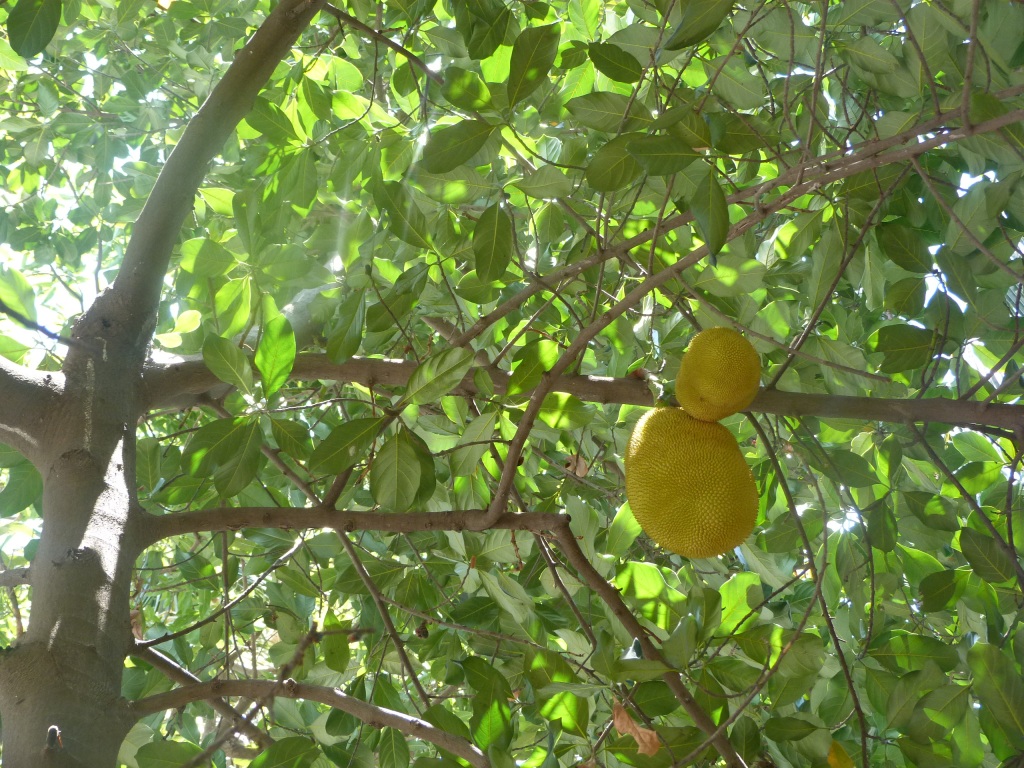 A Jack-fruit is chopped from a tree when it ripens (But, sometimes it is chopped even before it ripens. The raw fruit offers its own uses); a huge knife is used to cut the shell open; a few well-oiled ( because it gets sticky!) hands are needed to pluck the edible parts from the shell of a single fruit. 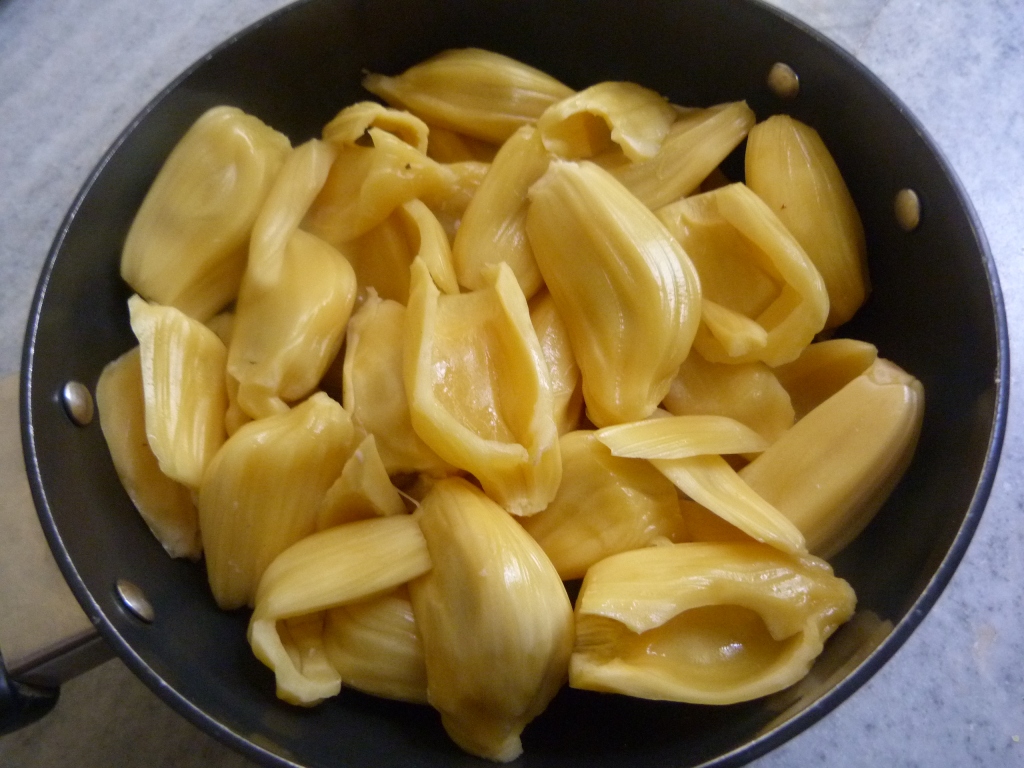 The edible part of a Jack-fruit, the flesh surrounding a seed, is hard and not-sweet-enough if the fruit hasn’t reached the peak of its ripeness but it is richly yellow, delicate and sugary when it has. I missed devouring them when we lived in Arizona. But now that we are back in India, not a single summer day goes by without the blessing of a Jackfruit.

Sometimes we eat the ones that grow in our own garden; At other times we buy already-plucked flesh that’s sold by roadside vendors (We clean them before we eat, of course); A Jack-fruit has traveled to us by a bus (when relatives sent us a big parcel wrapped in a Sand Bag); One traveled by a train with a bunch of relatives visiting us; Another lucky Jack-fruit came airborne via an airplane with my in-laws who brought it from Udupi to satiate our appetite for its juicy, succulent flesh.

I gobble a few pieces everyday after my meals. When my taste buds hanker for some kind of dessert I go for this fruit instead. I can’t imagine the days without Mango or Jack-fruit. Scorching summers are so bearable because of the bountiful presence of such fruits.

A Jack-fruit’s flesh can be eaten as it is or can be used to prepare desserts like mulka ( a deep-fried delicacy) or gatti (a healthier, steamed variety) whose recipes I’ll learn and post eventually. Even an unripe fruit (whose shell is removed) can be hacked and used (flesh, seeds and the innards included) to prepare a curry that is meaty in texture. What a versatile fruit! Is that why it is called a Jack-fruit? A Jack-of-all-fruits? 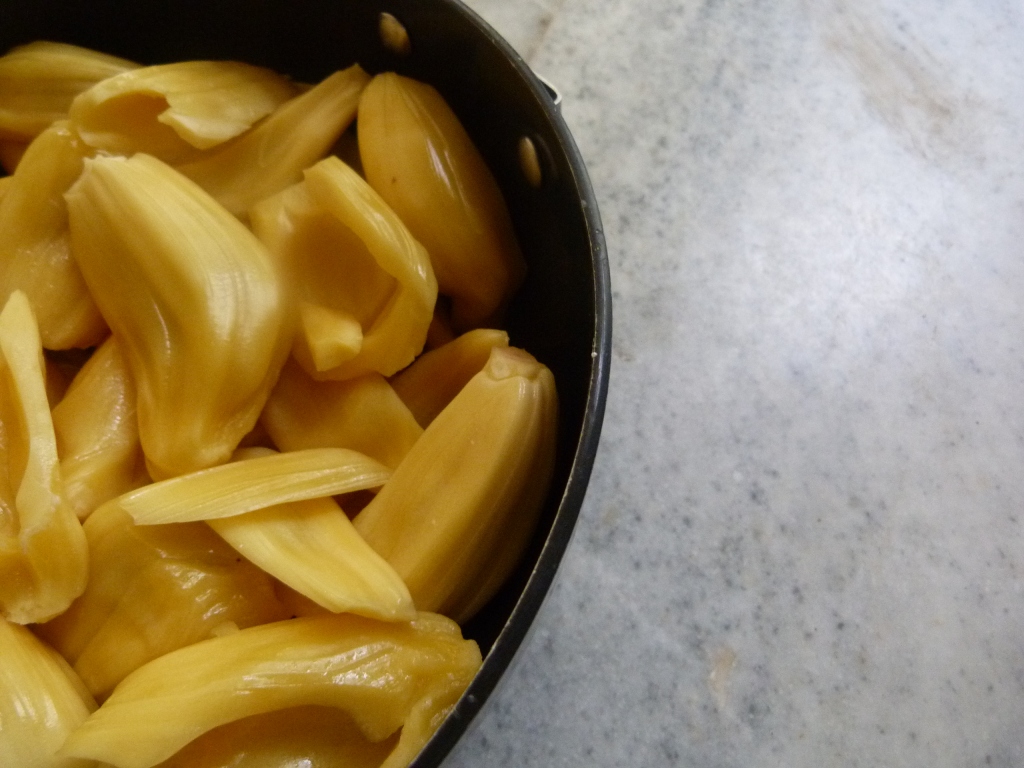