I finished reading a book called “Poser” written by Claire Dederer. It is a book about her “life in 23 yoga poses” as the sub-title suggests. In this book she describes her struggles with perfectionism, childhood, marriage and motherhood in a language both funny and intelligent. Practicing yoga helps her understand the limitations of her body and finally come to a conclusion that being “real” is more important than being perfect. 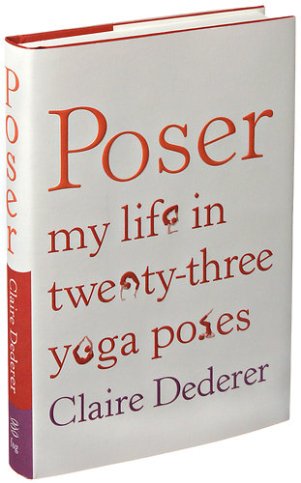 In the Acknowledgments section Claire thanks her mother whose life inspired her to write this deeply honest and beautiful memoir. Ever since her mother, Donna, left her husband, Claire’s dad, for a younger man she and her brother have had troubled childhood. This chaos at a tender age has turned her into someone who, instead of facing the reality of her situation, chose to act like things were normal. Even as she found her marriage teetering on the verge of ruins she went about her business of being a good mother, afraid that her dealing with the situation would bring further doom. It was that attitude, that almost-escapist demeanor, that she identified and unlearned as she did yoga, one pose at a time.

From this inspiring book I collected quite a few quotes but the one that moved me was by Susan B Anthony:

” We shall someday be heeded, and… everybody will think it was always so, just exactly as many young people think that privileges, all the freedom, all the enjoyments which a woman now possesses always were hers. They have no idea of how every single inch of ground that she stands upon today has been gained by the hard work of some little handful of women of the past.”